Introduction to ARKit, AR, and VR

In the latest news about iOS, ARKit is receiving a lot of  attention, due to its ability to visually impress everyone (not just developers). ARKit is a young technology with flaws, without a doubt.   However,  the ARKit is a hit and we intend to explore its potential in the following tutorials.

First of all, a few basic concepts:

ARKit allows developers to build augmented reality applications taking advantage of the camera’s features, for example, the cpu, the gpu and the motion sensors of the device. This framework abstracts all the complex process of detecting elements in the real world inside the camera feed and the users relative positioning, allowing the developer to focus directly on improving the user experience.

Note: ARKit is only available for devices with the A9 processor or better, this means you should target an iphone 6s or better and iPad Pro first generation or better. Finally, please have in mind that it will NOT work on the iOS emulator.

Let’s start with some concepts, one of the main things you have to decide with ARKit is which content technology will you use to render your elements, let’s check our options:

Moving into more technical details let’s review a diagram that will illustrate what might be the basic structure of an ARKit app:

To start, we will need an instance of ARSession configured by an ARSessionConfiguration, having this setup we will start the session and with magic combination of the camera feed and the sensors we will be receiving an ARFrame object with the elements describing what the user sees and the related locations within the space.

With ARKit we have the possibility of 2 tracking levels, both are defined sub-classes of ARConfiguration:

We can check if our device actually supports one of the other by using:

Other 2 basic concepts to have in mind are: 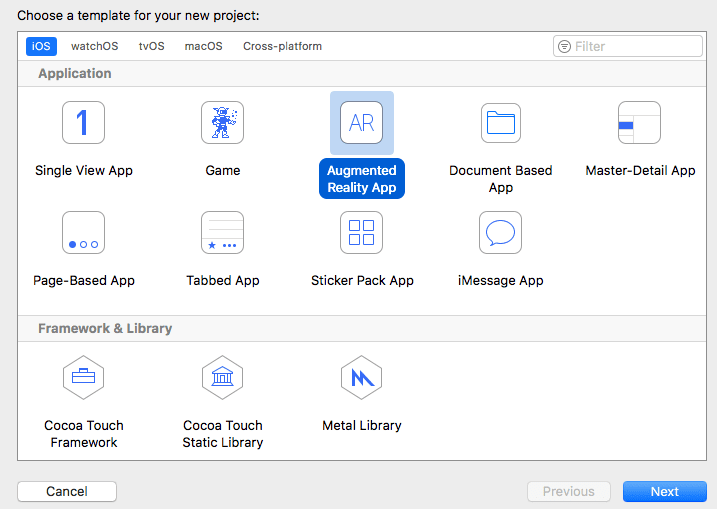 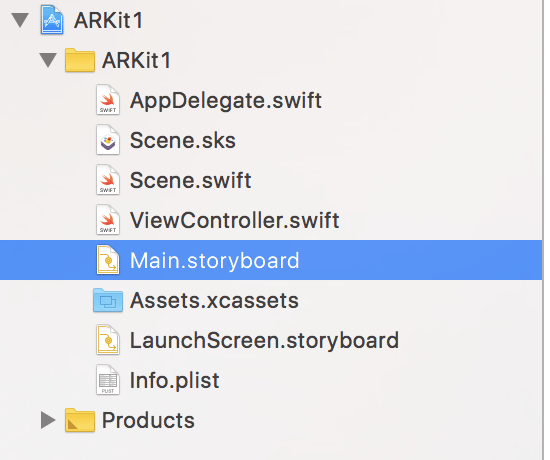 The main logic within our ARScene happens inside this code snippet:

We are basically taking the actual frame(ARFrame) where the tap event ocurred with touchesBegan(_ touches: Set<UITouch>, with event: UIEvent?) and the we apply a translation into the transform(spacial point(x,y,z)) of 20 centimeters in the Z axis(Z represents depth level) in the 3D space; finally, we create an ARAnchor with the new location of and we add it to the scene.

Now that we have clear what is happening in the scene, let’s move into the ViewController.swift where we are going spot the following things:

We are ready! just press Command+R and the app will launch into our cellphone(don’t forget that ARKit will not run into the emulator) and every time we want to place a pumpkin we just need to tap on the screen. 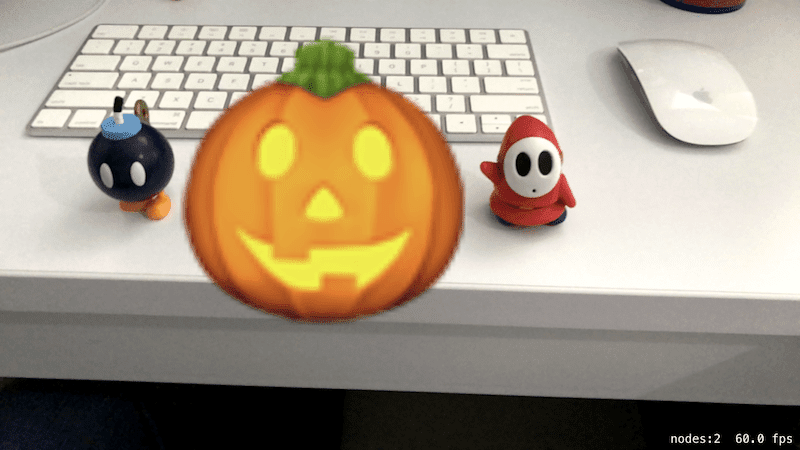 About the Author: Hans