Home/Ethereum, Ethereum Apps/How to Serve Up Web Content from Ethereum – Part 3 – Setting Up Your Own Private Testnet with a Genesis Block
Previous Next

This tutorial is part of a series of blog posts on getting a web page on your web server to communicate via web3 with your Ethereum test network on localhost.

In this tutorial, we’ll describe how to start our own private testnet.

We’ll start by creating a CustomGenesis.json file. This json file will be used to write the first block in your testnet. The internet is littered with CustomtGenesis.json files that don’t work. Use this one.

The first part of the CustomGenesis.json file is the Config section. Don’t change this.

The next part is the difficulty. The difficulty field is crucial in determining how much work is required to to mine Ether. We want to do as little work as possible to mine Ether because we are on our private test network. We set the difficult to 400. This is a very low value for difficulty. It means that once we start to mine Ether on the testnet, we will be able to generate a lot of Ether by doing a little bit of work.

Last, we have the alloc object. In the past, we’ve used the alloc json object to allocate a certain amount of Ether to a particular account. Since we set the difficulty to mine Ether at 400, don’t bother with the alloc specification.

When you navigate to the directory structure on your Mac in Finder, you should see the following: 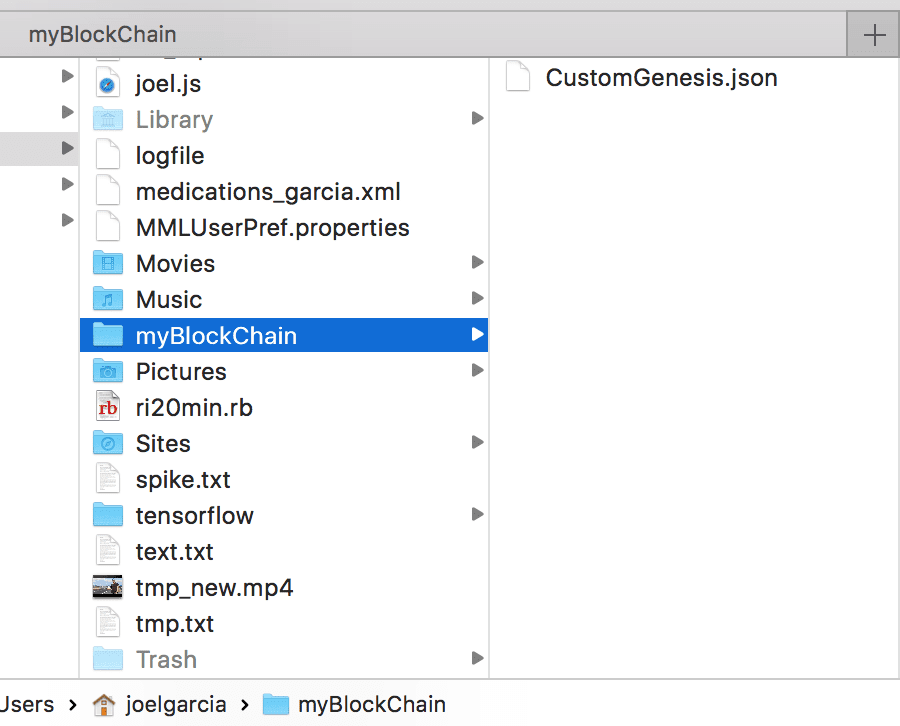 Startup your geth instance with the following parameters in Terminal.

Let’s dissect this command line
–networkid – Assigning a specific id for our private testnet.
–identify – Specifying that this will be node1 on our test network. There could be multiple nodes on the same networkid.
–verbosity – Specifying the logging output level
–nodiscover – Ensuring that our private testnet is not discoverable by the outside world.
–nat – Turning of Netwok Address Translation
–datadir – The directory in which your testnet block chain is going to reside
init – We’re going to use the CustomGenesis.json to write the first block.

When we run the command, we should see the following

The block resides in Node 1. 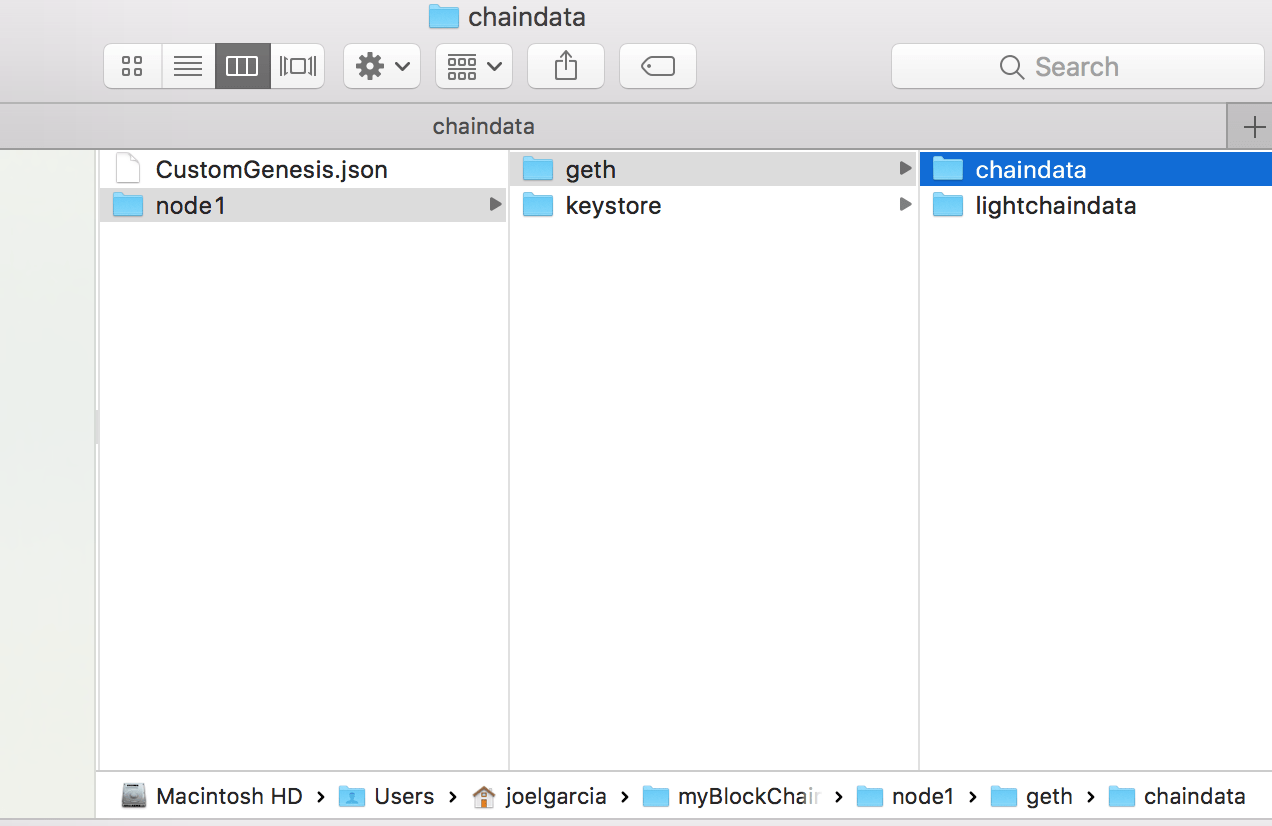 We’ve now built out the first block of our private testnet.

In the next blog post, we’ll start up the private test network. We’ll enable RPC and IPC to access Geth. We’ll login via IPC in a separate terminal window. Create a test user. Start mining on that test user to give us some gas.