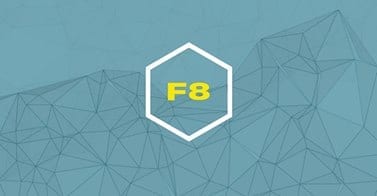 1. The Facebook Login mechanism is changing. What is the Facebook Login mechanism? When you have a Facebook App on your desktop browser in certain situations you will be prompted to login with Facebook at which point you will be prompted to give access to some of your information to a 3rd party app. Today, when the 3rd party app asks for permissions, the user has to either give all information or cancel out of the dialog. Starting yesterday, all new Facebook apps will make use of a new authentication mechanism that enables the end user to opt out of giving access to their requested data. For example, if a 3rd party app wants the user to give them their email and phone number, they will NOT have to. The user will still login to the app, but the app will not be able to acquire the data. All new apps will now have to check after a user logins to see if the end user provided the requested data. If the end user did NOT and it’s required, the 3rd party app will have to launch the login dialog again. In addition, Facebook introduced the Anonymous Login mode with a few select customers, e.g. Flipboard. Existing Apps will have 1 year to refactor their Facebook authentication.

Facebook has open sourced the AppLink solution here, http://www.applinks.org. The syntax appears to be similar to the OG tags that many developers already use today.

3. Parse – Parse is a framework that FB acquired in 2013 for $87 mill, http://www.parse.com. Parse can be used to build Instagram type apps quickly. Parse provides a tutorial for an Instagram type app called AnyPic. Parse takes care of the backend logic enabling you to focus on the UI and Design. Parse has native code written for most mobile operating systems. It appears to give you Push Notifications, similar to Urban Airship, out of the box. It also enables you to leverage Facebook Insights directly. The data model is represented in JavaScript. The Mobile Apps correspond to an individual Facebook App on the developers.facebook.com platform.

5. iOS Like button – Believe it or not but on iOS mobile apps there is no support for embedding a like button to your presence on Facebook. Facebook has now added support for this in their Facebook.framework.

6. Facebook support – For those of you have developed on the Facebook Platform, you have most likely felt great pain. Facebook is now promising to fix the major bugs within 48 hours. They’ve also agreed to not change the API for 2 years. I’m not quite sure how the changing of the API will work, but it will certainly be nice not to have the ground moving underneath you.