We’ve been trying to deploy a Crowdsale Initial Coin Offering (ICO) Solidity contract to the Ethereum block chain for the better part of 2 months. 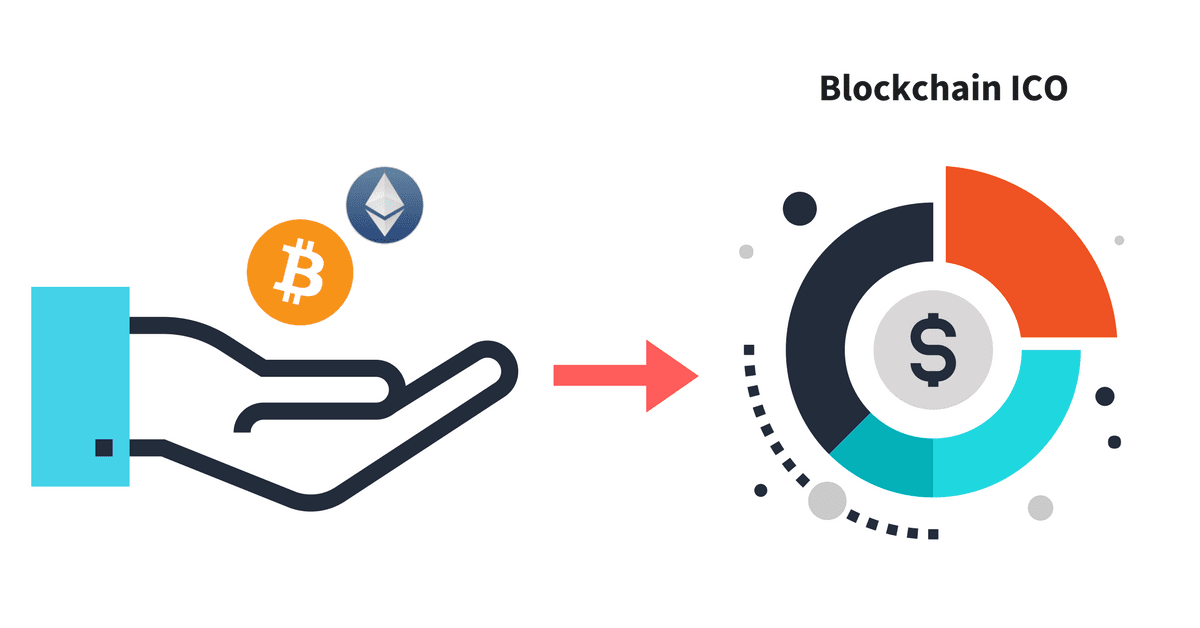 We’ve looked into the Open Zeppelins tutorials on How to Create Token an Initial Coin Offering using Truffle and Open Zeppelin. We were able to compile their Crowdsale ICO, but each time I went to perform ‘truffle migrate’, I encountered the dreaded “Out of Gas” error message that is the default error provided by Truffle’s migration code. This error tells you nothing. After a while you start to deduce that nothing is wrong with your TestRPC or private testnet config, instead not all of the code has been checked into Github…

That’s where AllCode comes in. We’ve checked in a version of a Crowdsale ICO that you can actually compile, deploy, execute, and even run unit tests on. You can find it here

In order to get this running on your local machine, you’ll need to take the following steps. Our advice is to install geth locally and configure your own private testnet using a custom genesis block, click here to learn how. The Open Zeppelin tutorial says that you can use TestRPC. I’d avoid TestRPC. When I use TestRPC, I start to get weird invalid opscode errors, which if you google around, point to issues with TestRPC. Our advice is to figure out how to build your own private testnet with a custom genesis block.

When working with Ethereum locally, I usually have four terminal shells open. This may seem excessive, but it’s not

The second terminal shell is used to communicate with geth via ipc. Why do I need to communicate with geth via ipc? The documentation is not the greatest here, but what I’ve discovered is that in order to write to the blockchain, you have to be 1) mining with an account and 2) the account that you are mining under should be unlocked. If your account is not mining nor unlocked, then you will start to encounter hangs and frustrating error messages.

Use the following for ipc,

To start mining, you’d type the following in the ipc terminal prompt

To unlock your account, you’d type the following in the ipc terminal prompt

Now, in your third terminal window, you’d install Truffle and clone from the github repo. Next, you’d run the following in the root directory of your git clone.

Truffle compile will build the json files that are required to deploy the Solidity contracts to the block chain. The Truffle.js in the root directory will specify that you’re talking to localhost on 8545.

Now return back to the third terminal window, and type

Truffle migrate will actually attempt to deploy to your local testnet. Believe it or not. Your crowdsale Initial Coin Offering (ICO) is now deployed to your test network. This should theoretically work on your private testnet. If it doesn’t, please reach out, [email protected] 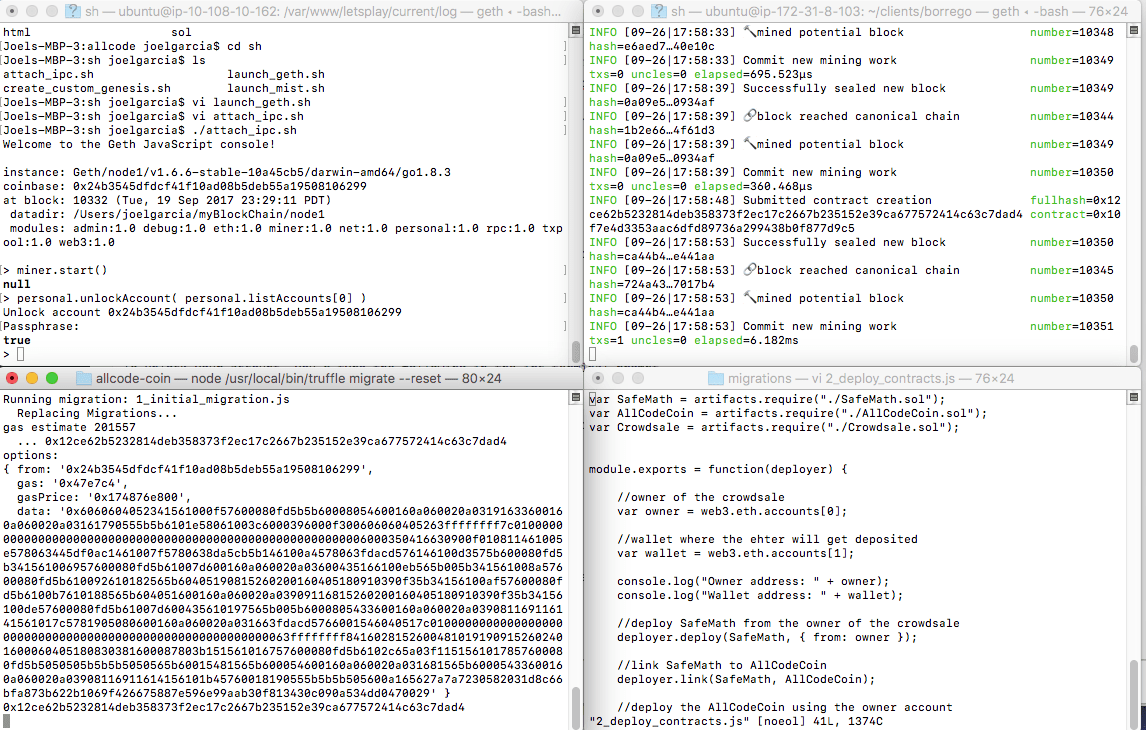 How to deploy a crowdsale ico to the Ethereum block chain